The Stages of Alzheimer’s Disease

Alzheimer’s disease takes a toll on the entire family. Family members with a loved one who has been diagnosed with Alzheimer’s suddenly face critical long-term care decisions and challenges arranging for the care their loved one needs. As the disease progresses, individuals require a greater level of care. Although families may choose to delay hiring a home health aide until the impairment is evident, it’s always best to visit an agency for senior care in Memphis as soon as possible to make decisions regarding home care solutions.

Mild Cognitive Decline
Clinical evidence suggests that the changes to the brain associated with Alzheimer’s begin well before symptoms are apparent. When symptoms do begin to arise, the individual will typically experience minor lapses in memory. It may still be quite some time before a diagnosis of Alzheimer’s can be made. Gradually, others will begin to notice changes in their loved one, such as difficulty with daily activities, word retrieval and name recall, problems performing routine tasks, and difficulty with planning and organizing. 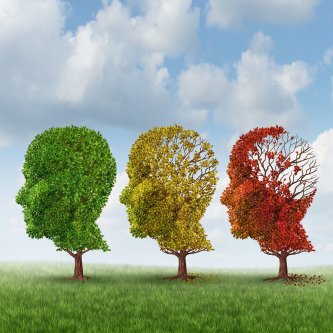 Moderate Cognitive Decline
As the effects of the disease grow more severe, families often turn to an agency that provides dementia care. With moderate cognitive decline, individuals often become forgetful of recent events, they may become socially withdrawn, and they may exhibit changes in personality, such as becoming increasingly moody. Additionally, individuals typically have more trouble with complex tasks, such as handling their finances, and they may find mental arithmetic challenging.

Severe Cognitive Decline
During the later stages of Alzheimer’s disease , memory loss increases and cognitive function declines significantly. Individuals may be unable to remember their own phone number, for example, and they may often become confused about time and place. Gradually, they may become unaware of their surroundings and recent events. During these stages, individuals need a great deal of help with daily activities, such as bathing, dressing, and toileting. Wandering behaviors, compulsive behaviors, and significant personality changes are not uncommon. Eventually, individuals can no longer respond to their environment, control their own movements, or carry on a conversation. Alzheimer’s is a fatal disease with no cure; however, a home care provider can help individuals with this disease maintain their dignity.